Many SkyDeck programs support education for UC Berkeley students through internships, professional development, and opportunities for students to learn about startup creation and launch. SkyDeck aims to further the university’s scientific research and educational purposes by helping to ensure that the university’s research is made available to the public at large through commercialization.

What makes our accelerator special?

What makes our accelerator special?
Two programs for the stage of your startup

Berkeley SkyDeck segments its program into the Cohort Program (Accelerator) and
the HotDesk Program (Incubator). We host over 120 startups per year. We accept startups in all industries.

Roughly twenty Cohort startups are selected every six months to receive a $105,000 investment from the Berkeley SkyDeck Fund.

Cohort startups are selected if they’re almost ready to raise their first significant round of institutional funding from top Silicon Valley VCs; most successful applicants have already raised angel funding, or previous venture capital investments from VCs outside of the United States.

Companies who have graduated from the SkyDeck program have a much higher probability of receiving institutional funding than the industry average.

Global Innovation Partners of SkyDeck (GIP) can send several startups to be accelerated for a three month period. SkyDeck welcomes GIP startups from various industries and across different funding stages. Most GIP teams are interested in international expansion beyond their home country.

SkyDeck provides GIP teams with access to informative workshops, networking events, advising office hours with industry experts, and a showcase event with 100+ attendees, among which include investors, advisors, and mentors. By the time GIP teams finish the program they report feeling significantly more confident with launching internationally and a network to do so.

GIP teams are granted dedicated workspace on SkyDeck’s third floor and have access to all of SkyDeck’s facilities. SkyDeck’s Global Innovation Partner manager works with the companies to facilitate custom programming tailored towards their goals.

HotDesk startups are typically companies that are too early stage for the cohort program, or are founded by students or faculty.

They are invited to work in the open work areas and to attend some workshops and events at SkyDeck, depending on availability.

HotDesk startups have access to a portion of our advisors as well as the in-kind resources offered by our resource partners. Graduates of the Cohort program are invited to HotDesk for six-months post-graduation.

The Berkeley SkyDeck Fund may elect to participate in qualifying seed rounds raised by HotDesk teams.

Hotdesk applicants are required to have at least one founder connection to one of the ten University of California campuses, such as Alumni, Professor, Student, Grad Student, or Researcher.

Startups working on disruptive ideas in biotech, medtech or life sciences face special challenges. The Bio Track at SkyDeck (Powered by QB3) provides practical resources focused on addressing many of these challenges.

Every six months, at least two companies will be selected for inclusion in SkyDeck’s Bio Track.

… and of course, access to all of the other resources provided by the Berkeley SkyDeck accelerator.

ALUMNI COMPANIES FROM THE BIO TRACK 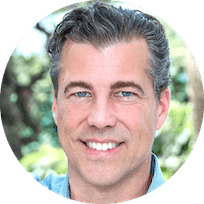 Berkeley SkyDeck is helping bring the “Silicon” back to

Silicon Valley. The Chip Track at SkyDeck features some of the world’s preeminent academic experts in computer architectures and ASIC design, along with key collaborators from key industry leaders.Every six months, two companies will be selected for inclusion in the Chip Track. For these accepted startups, they will receive:

A partial list of advisors for the Chip Track includes luminaries such as: 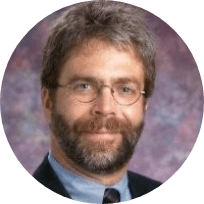 The Aero Track at SkyDeck provides world class expertise and connections to the specialized resources needed for startups in aerospace and air mobility. The Aero Track will leverage major initiatives on campus in aerospace, including the Institute for Transportation Studies and the planned Moffett Field R&D Center in partnership with NASA Ames.

Every six months, startups will be selected for inclusion in SkyDeck’s Aero Track.Startups accepted into the Aero Track receive:

… and of course, access to all of the other resources provided by the Berkeley SkyDeck accelerator.

SkyDeck Faculty Advisors in the Aero Track include:

Professor, Department of Civil Engineering in Systems and Transportation Engineering

ALUMNI COMPANIES FROM THE AERO TRACK

BAM is SkyDeck’s proprietary, six-month program to accelerate startups for strength and success in Silicon Valley. The goal is to fully prepare startups to raise their first round of investment from Silicon Valley VCs. It is a practical, experience-based program designed by serial entrepreneurs, VCs, and thought leaders informed by the discipline of entrepreneurship at UC Berkeley. 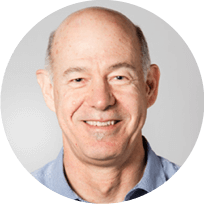 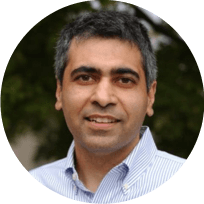 Sutardja Center for Entrepreneurship and Technology at UC Berkeley 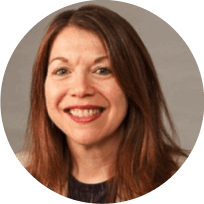 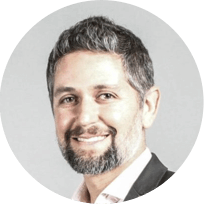 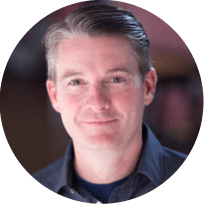 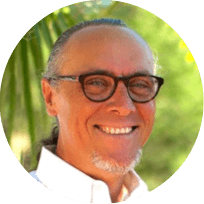 Startups are funded by the Berkeley SkyDeck Fund.

A place to work and connect 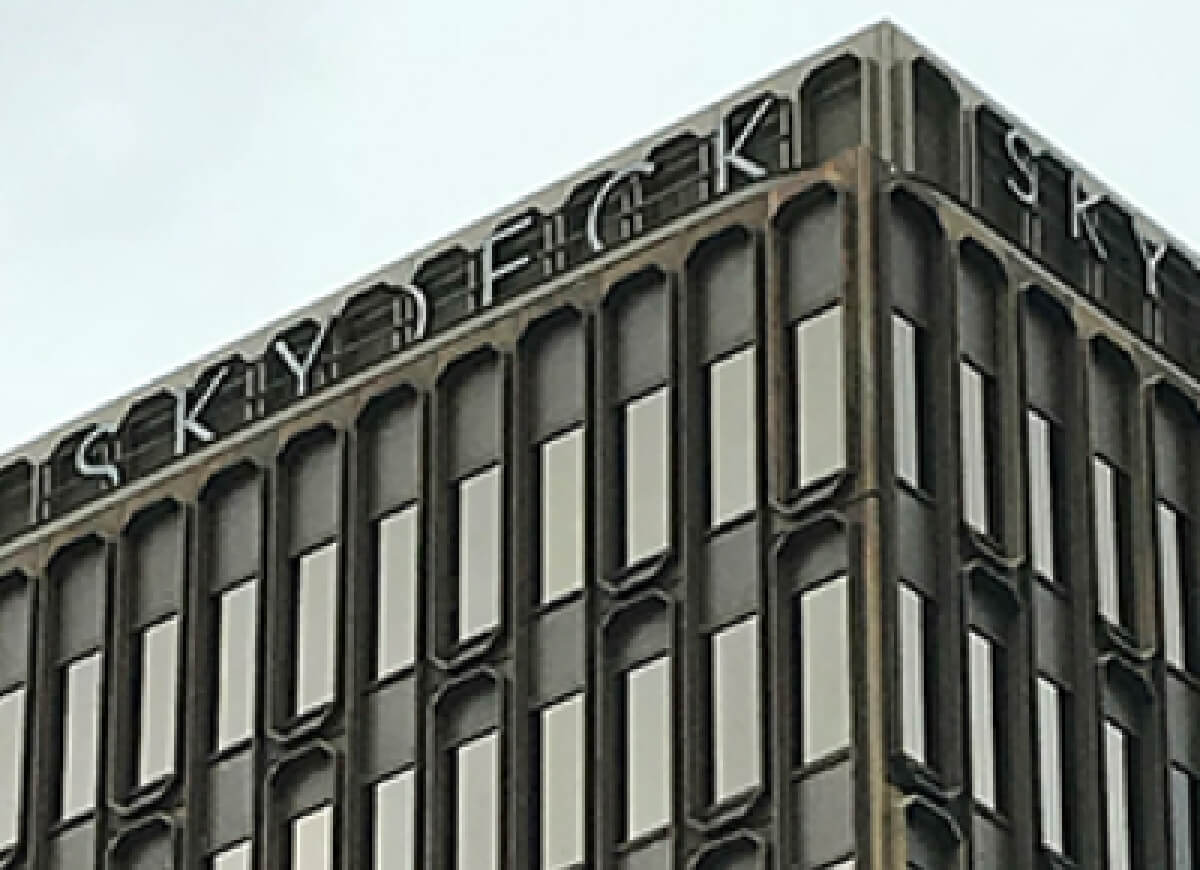 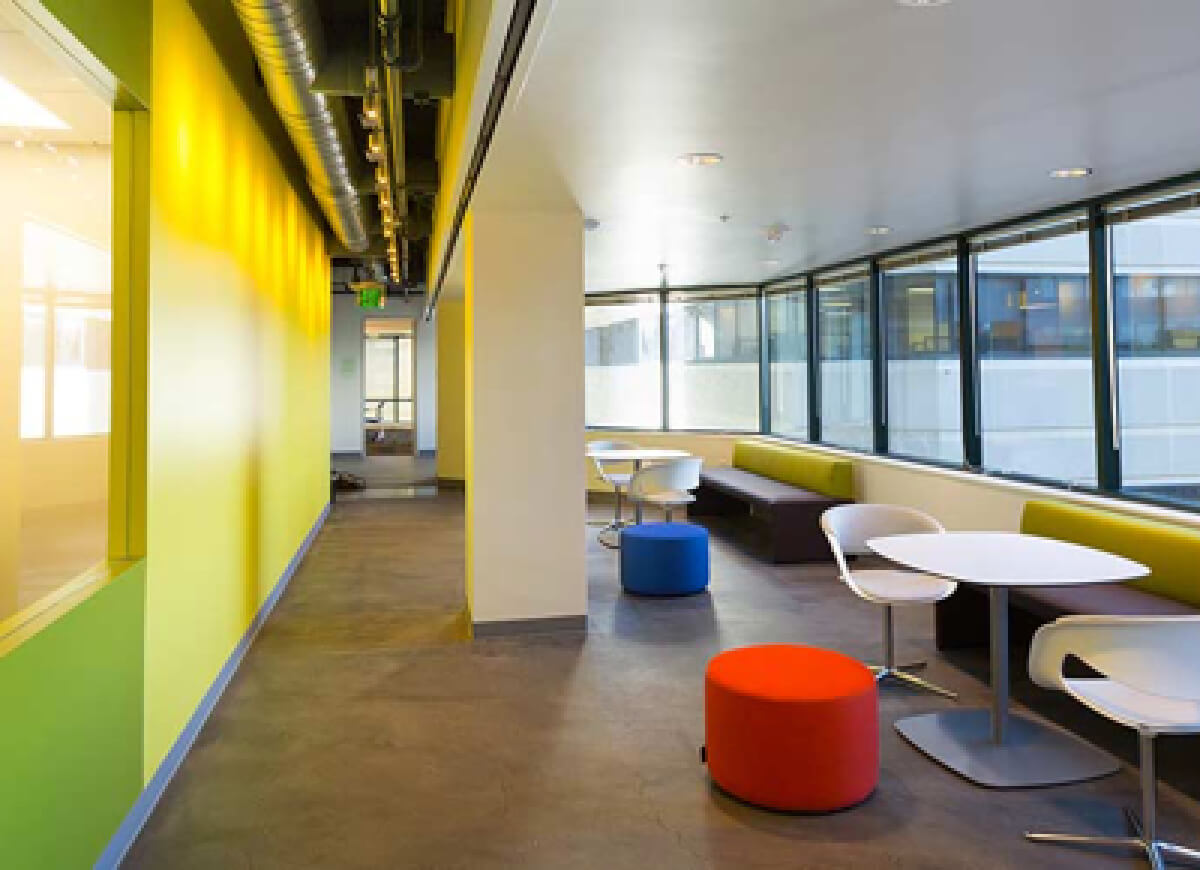 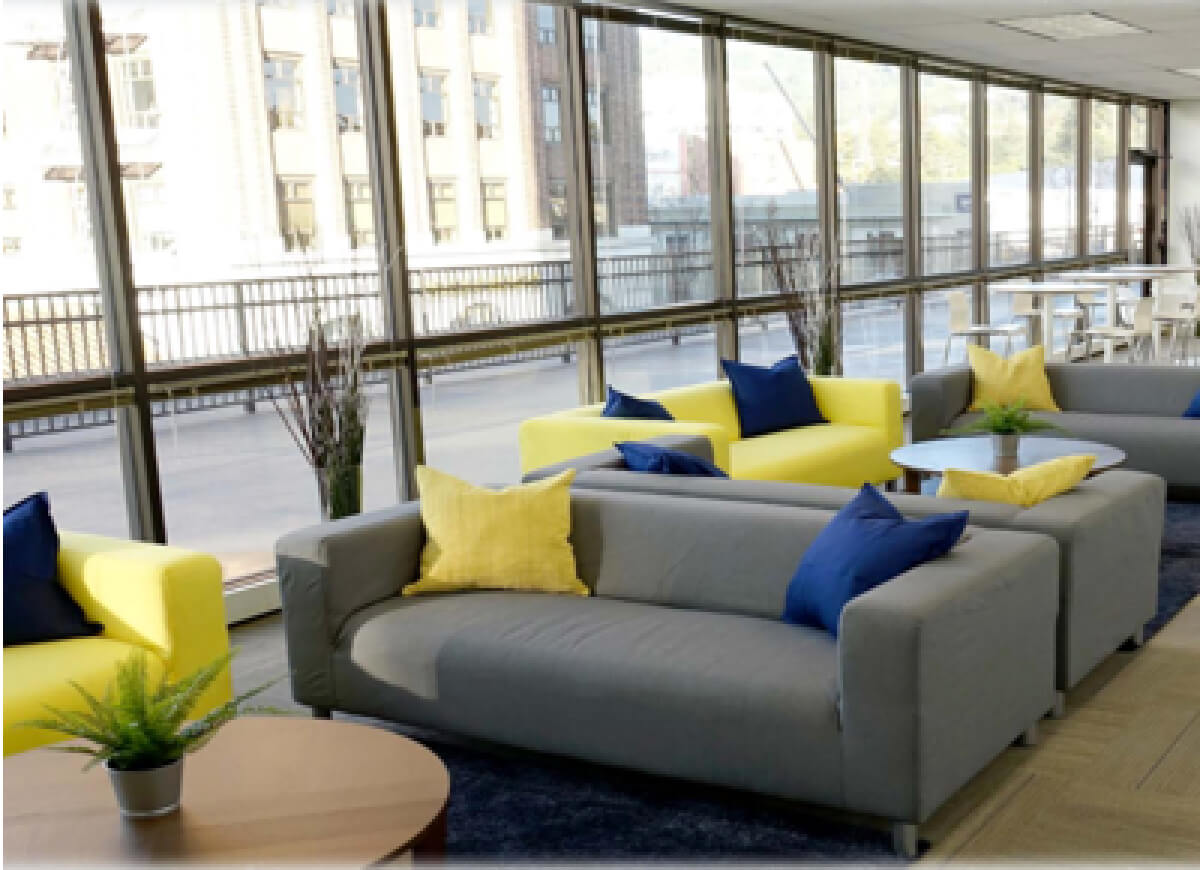 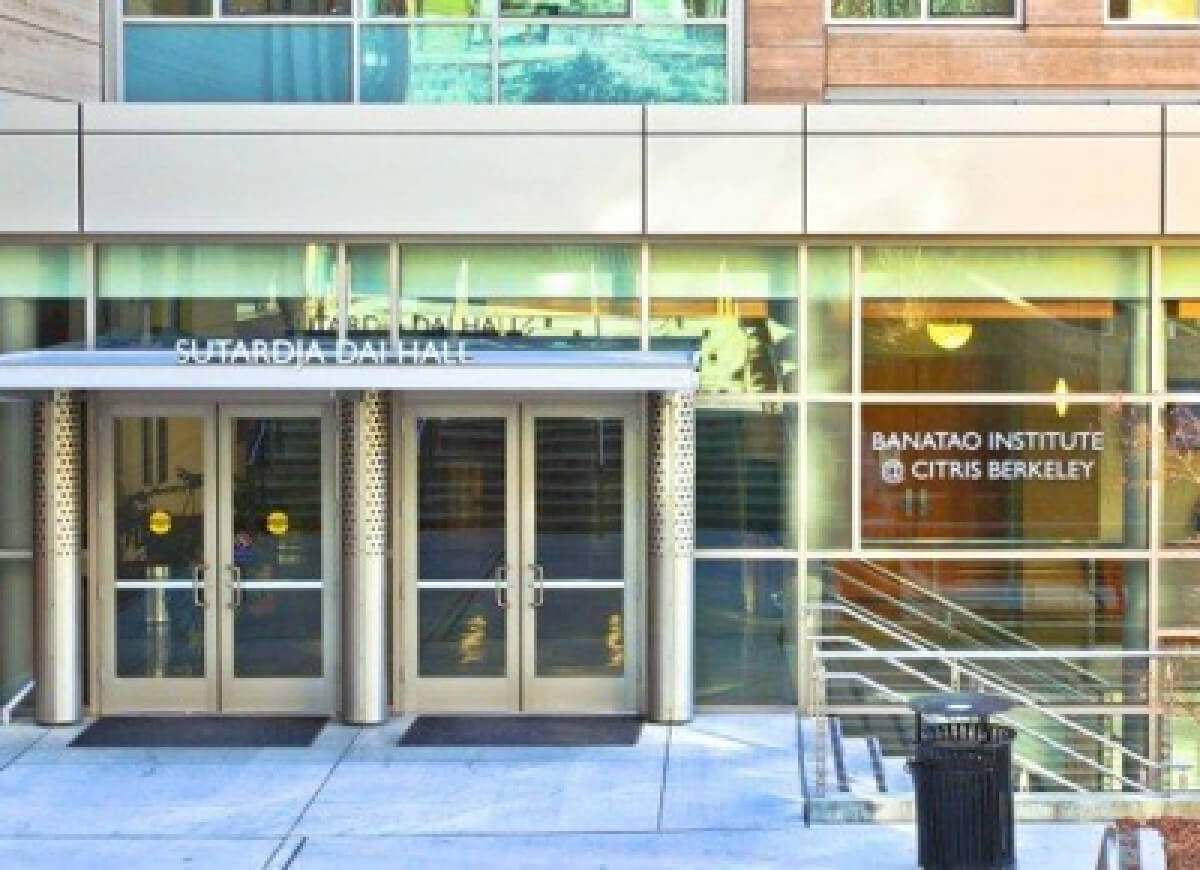 1. WHO CAN APPLY TO BERKELEY SKYDECK?

SkyDeck is industry-agnostic and accepts applications from companies across all industries. We accept startups founded by individuals affiliated with UC Berkeley, any of the University of California campuses, or the Lawrence Berkeley National Lab. This includes all undergraduate and graduate students, staff, alumni, researchers, visiting scholars, and faculty are all welcome. Your startup’s affiliated team members can be founders, employees, or advisors. Founders with startups located outside the US are also eligible to apply to SkyDeck. You do not need affiliation with UC Berkeley or one of the UC campuses if your startup is located outside the US.

2. HOW MUCH FUNDING IS OFFERED?

The Berkeley SkyDeck Fund invests up to $105,000 into companies accepted into the six month SkyDeck Cohort Program. The $105,000 investment is divided into two tranches: $50,000 immediately upon acceptance, and $55,000 after passing your ‘midterm’ 3-months into the program. This is offered via a standard SAFE note, without a discount, and a $2M cap. This accelerator funding can help you make your first outside hires, finish your product, test your go-to market strategy… and so much more. The Fund will also invest up to 10% of your first institutional funding round, helping accelerate your fundraising process even more.

3. IS THERE ANY KIND OF TUITION COST FOR PARTICIPATING IN YOUR ACCELERATOR?

Berkeley SkyDeck charges a $5K program fee to each startup in its cohort program. HotDesk startups are charged either $500 or can opt to allocate 1% equity to UC Berkeley.

4. WHY SHOULD I JOIN BERKELEY SKYDECK?

We offer expertise in both business building and fundraising. Our advisor network includes highly experienced Silicon Valley veterans who can offer tremendous guidance in finding product/market fit, building your team, and going to market. We are an official UC Berkeley program, and Berkeley has the largest alumni network in Silicon Valley. We can help you tap into that alumni network effectively. From a fundraising point of view, Berkeley SkyDeck is backed by top industry investors and VCs from Silicon Valley and beyond. They work with us to identify their top targets for future investments. We also have hundreds of seed and angel investors who attend our Demo Days in hopes of finding the next moonshot startup. We have also brought in numerous international and corporate investors who are at SkyDeck to evaluate the potential of your product, and help you interface with other markets world-wide where you might have potential. We also love deep science founders. As a member company here, you can access UC Berkeley lab facilities including QB3 Stanley Hall, LBNL Molecular Foundry, Nanofabrication Lab, Biomolecular Nanotechnology Center, and so much more. And we have lots of expertise ranging from SBIR to IP licensing that we’ll happily share. And finally, remember that a portion of the gains from the Berkeley SkyDeck Fund’s investment in your company will go back to the University. If you succeed, you will also be helping the next generation of UC Berkeley entrepreneurs succeed!

5. ARE THERE SPECIFIC SECTORS YOU INVEST IN?

We are open to applicants from all sectors, ranging from consumer, to enterprise, to IT, to digital health, to the hardest problems in science. However, keep in mind our goal is to nurture and grow investable companies that can raise money from venture capital or corporate partners after graduation.

6. IS MY STARTUP A FIT FOR SKYDECK?

Our accelerator program is here to help founders successfully develop their business and raise money from the best institutional VC investors at the best valuations possible. If your company is ready to raise institutional funds within the next six months (with our support), then you are a fit for SkyDeck. Every company situation is different, but within the next six months you should be able to either show significant revenues, or achieve major product milestones. Here are some questions you can ask yourself as you consider the process (and these are the same questions we will ask as we evaluate the application):

7. I’M NOT INTERESTED IN ACCELERATOR FUNDING, SHOULD I STILL CONSIDER SKYDECK?

Absolutely. Some companies won’t need the $105,000 in accelerator funding offered by the Berkeley SkyDeck Fund. We encourage you to apply into our “HotDesk” program. The “HotDesk” program offers you many of the same resources that our full cohort companies offer, including access to campus facilities, SkyDeck events, and when appropriate, presenting at Demo Day. And you are eligible to receive investment from Berkeley SkyDeck Fund of up to 10% in an institutional round that you raise after joining SkyDeck.

The Berkeley SkyDeck Fund, for legal reasons, has its own investment review process. The SkyDeck review process is carefully designed to select teams that should be eligible for investment. The $105k in funding is further divided up into two tranches: $50k immediately upon entry into SkyDeck, and $55k more at the “midterm” point for achieving basic milestones in terms of business development.

9. I HAVE BEEN THROUGH SKYDECK ONCE ALREADY, CAN I RETURN?

Companies who have previously been through the program before funding was offered are able to apply again, and will be evaluated on the same basis as all other applicants.

10. CAN I ATTEND ANOTHER PROGRAM OR ACCELERATOR AT THE SAME TIME I AM IN THE SKYDECK COHORT PROGRAM?

Yes, as long as your startup’s primary residence is SkyDeck and your team attends all required events and meets deadlines for updates, as well as meetings with your Lead Advisor. Sometimes startups attend both SkyDeck and other campus programs such as The Foundry.

Have more questions? Contact us directly and we’ll get back to you.

You can find out more about which cookies we are using or switch them off in settings.

This website uses cookies so that we can provide you with the best user experience possible. Cookie information is stored in your browser and performs functions such as recognising you when you return to our website and helping our team to understand which sections of the website you find most interesting and useful.

Strictly Necessary Cookie should be enabled at all times so that we can save your preferences for cookie settings.

If you disable this cookie, we will not be able to save your preferences. This means that every time you visit this website you will need to enable or disable cookies again.

This website uses Google Analytics to collect anonymous information such as the number of visitors to the site, and the most popular pages.

Please enable Strictly Necessary Cookies first so that we can save your preferences!