The largest-ever Berkeley SkyDeck demo day kicked off with a high-energy performance from the Cal marching band, setting the tone for an afternoon of presentations from none other than Berkeley faculty and students-turned-entrepreneurs.

Launched in 2012 as a modest accelerator for student-run businesses, SkyDeck has flourished since its inception. To date, the program has mentored 300 startups, which have gone on to raise $800 million via 27 funding rounds and 10 acquisition deals. Earlier this year, it raised a $24 million venture fund so it could finally seed participating startups with $100,000 in exchange for 5 percent equity. Today’s cohort is only the second to receive an investment from SkyDeck as part of the accelerator.

BACK TO NEWS NEXT STORY
0 Likes 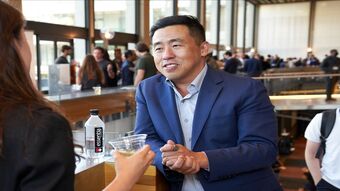 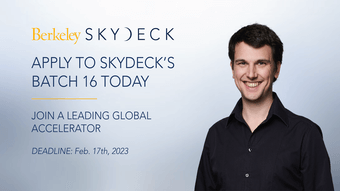 Applications for Berkeley SkyDeck’s Batch 16 Acceleration Program have opened. Our hybrid program provides startup founders direct access to Silicon Valley through the UC Berkeley ecosystem, as well as a $200,000 investment from the Berkeley SkyDeck Fund for selected startups,... 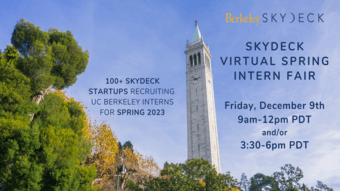 Are you a Cal student? Give your resume a boost by securing a Spring internship! At SkyDeck’s Spring Intern Fair on December 9th, you’ll have the opportunity to meet virtually with up to 12 global founders from innovative startups in... 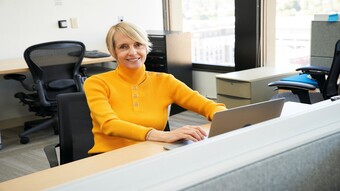 How can startups develop the driving force and purpose that will inspire others to support their vision? Berkeley SkyDeck’s Executive Director Caroline Winnett tackles this question in her new Fast Company article. “Your purpose must provide a clear vision of how you...

You can find out more about which cookies we are using or switch them off in settings.

This website uses cookies so that we can provide you with the best user experience possible. Cookie information is stored in your browser and performs functions such as recognising you when you return to our website and helping our team to understand which sections of the website you find most interesting and useful.

Strictly Necessary Cookie should be enabled at all times so that we can save your preferences for cookie settings.

If you disable this cookie, we will not be able to save your preferences. This means that every time you visit this website you will need to enable or disable cookies again.

This website uses Google Analytics to collect anonymous information such as the number of visitors to the site, and the most popular pages.

Please enable Strictly Necessary Cookies first so that we can save your preferences!